Many of you will know this engine and truck as you most certainly followed the progress in the past.
I am creating this thread at @Don Jacks 's request to serve any new comers as a sort of heads up in preventing possible negative outcomes with their build.
Note, that I am not a motor guy and came here in the first place for guidance and advise which I received and more.

The story:
I purchase a Canadian 348 (872 block) with 971 heads that headed straight for a full rebuild at what I believed to be a pro shop referred to me by a few people. They had a good reputation for building race motors and street rod engines.
The motor was built, dyno'ed and came in at 275hp and 325 foot lbs torque. New everything except for the crank.
It was installed in the truck and I drove it home. Life was good

A week went by and I was ready for my first outing and trouble came knocking at my door immediately.
I will spare you the long drawn out story, but essentially they had to motor on 2 occasions to make it right. And both times I had to chase them to make it happen and both times it was never made right!!!

Some of the symptoms:
-Leaking oil profusely, most probably somewhere around the rear main seal. I was told: "These old motors always leak oil"
-High crank case pressure, lots of smoke coming from the oil fill tube. I was told: "The rings need to set" - 400 miles later.....still smoking.
-Did a pressure and leak down test (twice by 2 different people), #6 came in @ 70, the others around 150
-Plugs were always wet and black
-And something was off after a while with the way she idled and sounded.

After a few more attempts at contacting them and getting the bs run around, I called it quits. A friend approached me and offered help. I accepted.
His place of work is connected with one of our top shops here in Canada, province of Ontario. If I had only known him then!!!! Argghhhh....
Helped me pull the motor and had the head shop guy take it down.
The motor was taken apart and what we discovered wasn't so good !!!!

-The valves were hitting every single piston.
-The motor had never been tanked!!! and was filthy from 50 years of dirt.
-The tabs at the rear main seal never installed.
-The manifold splash guard never installed.

And a cracked and broken piston!!!
Overall assessment from the new guys, verdict: very poor quality work from the other shop!!!
And to think that they are considered a pro shop dealing with racing motors all day long. Inexcusable.
Needless to say I'm going after them for compensation. 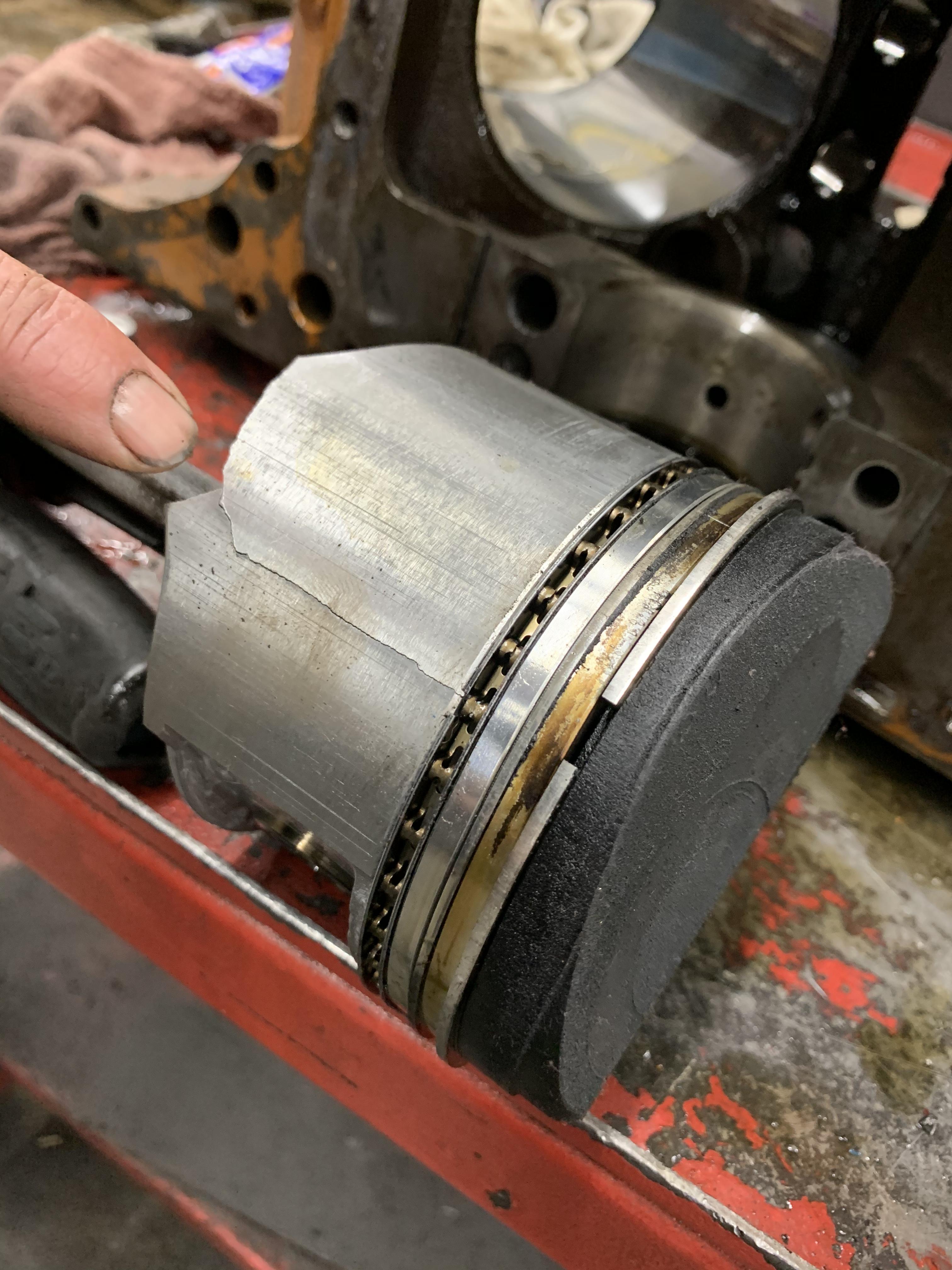 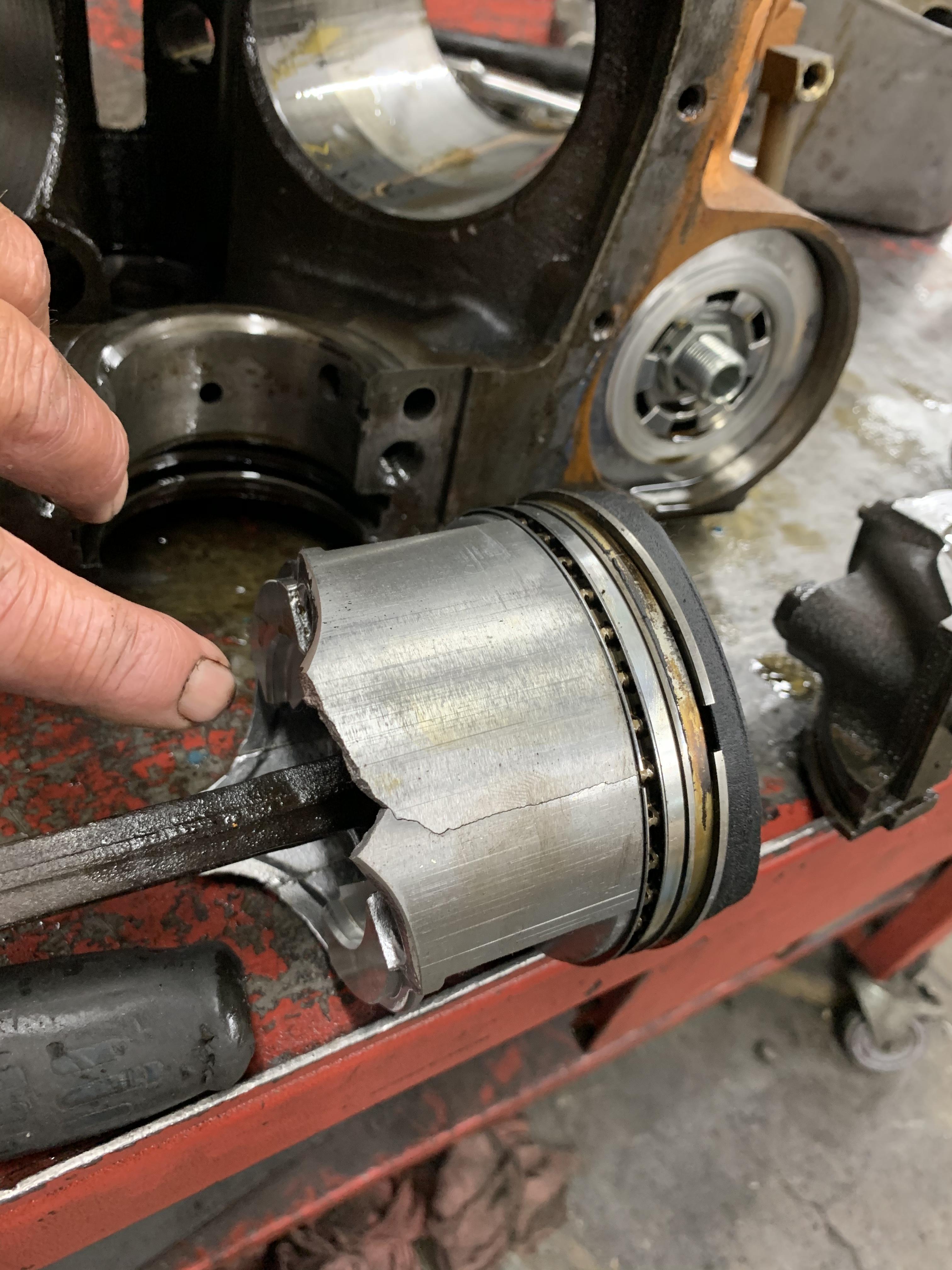 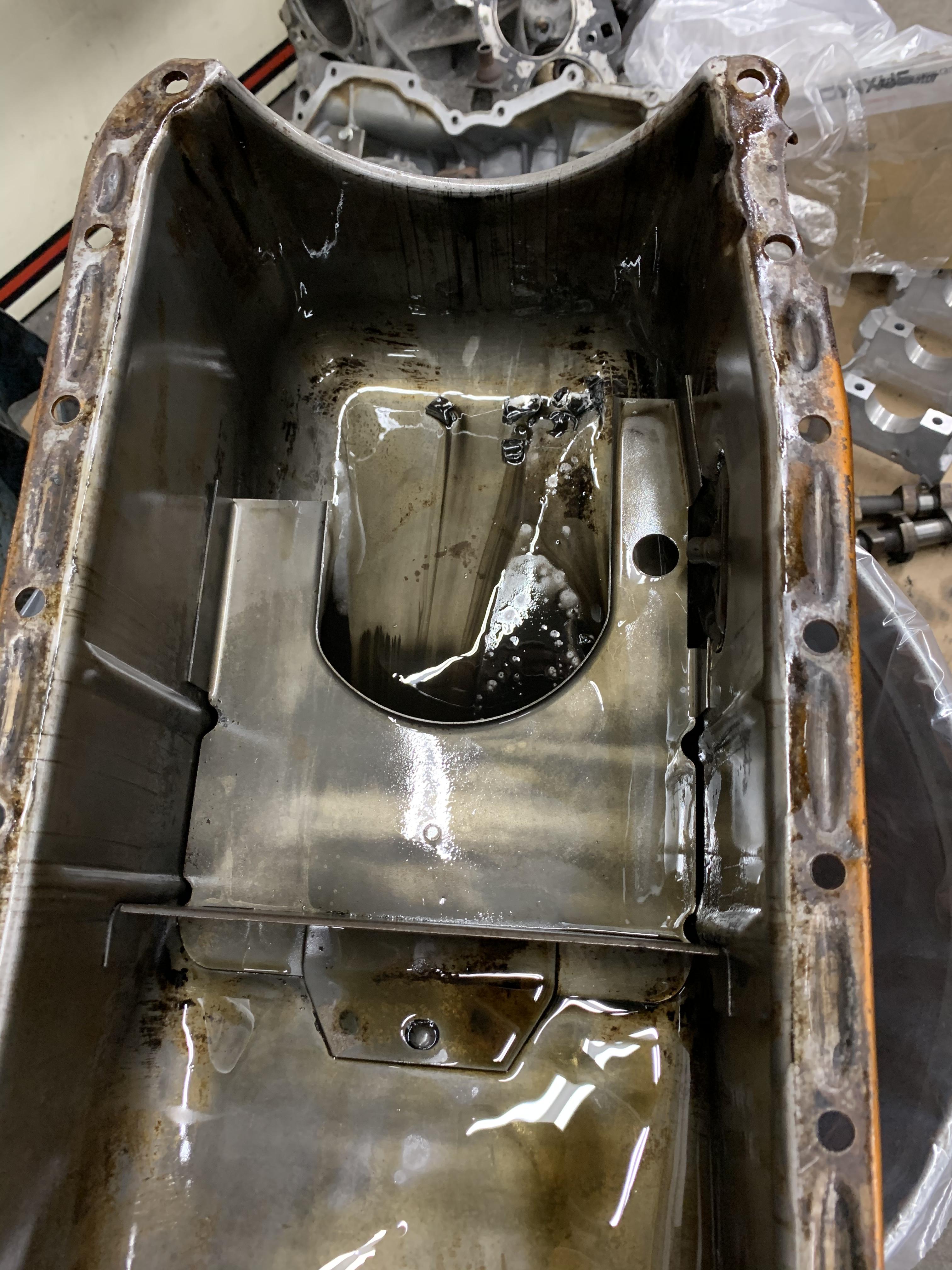 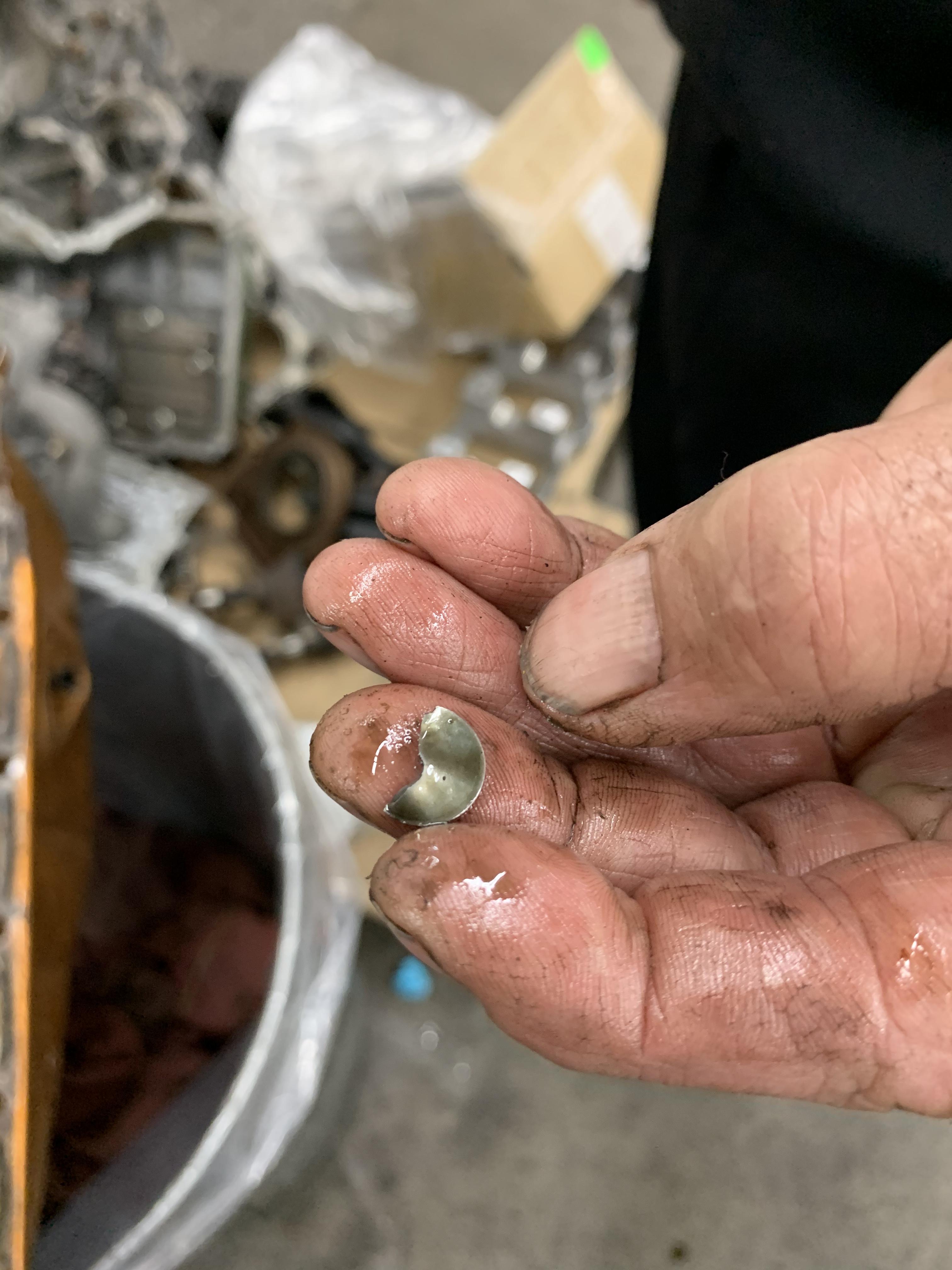 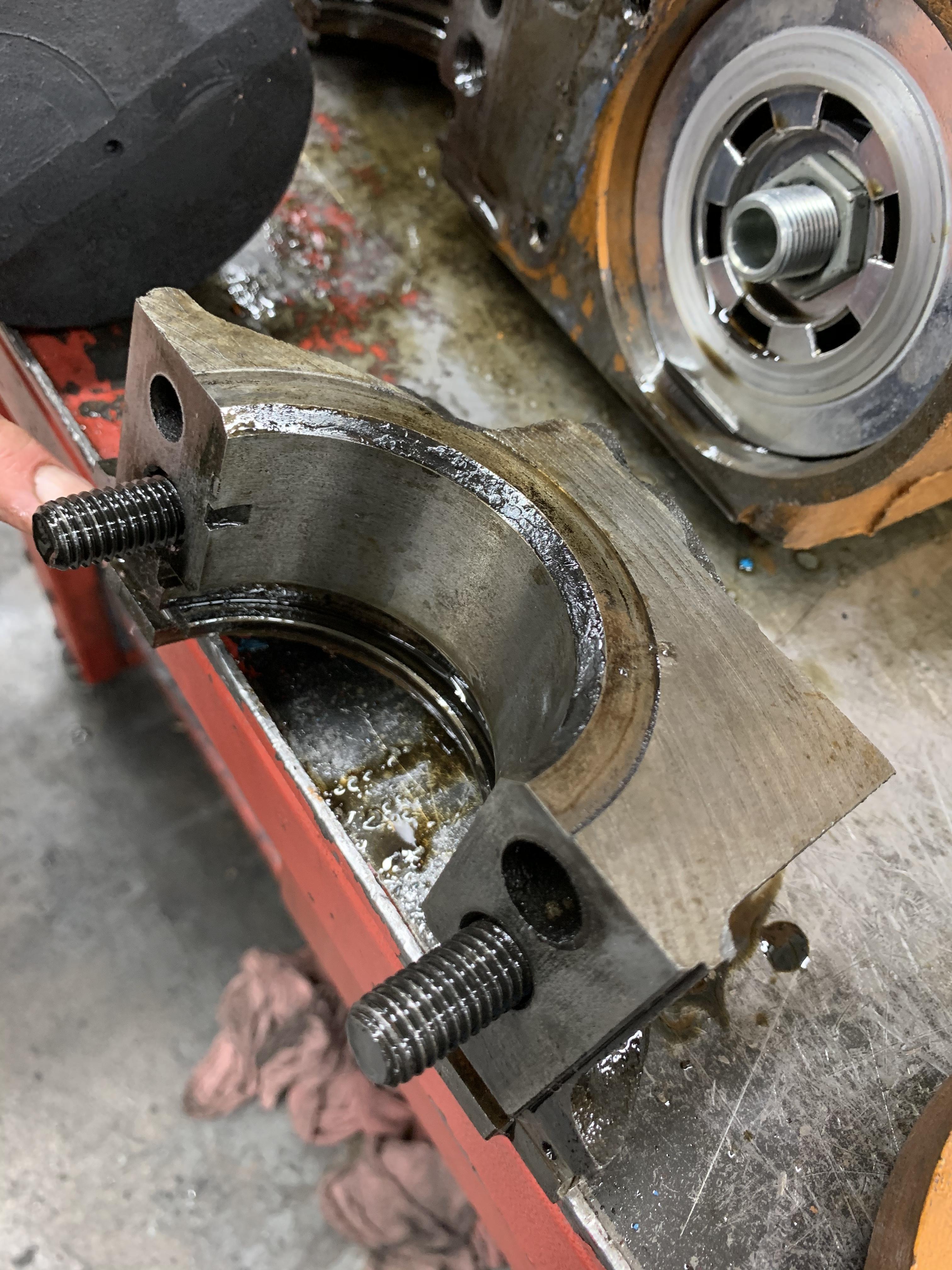 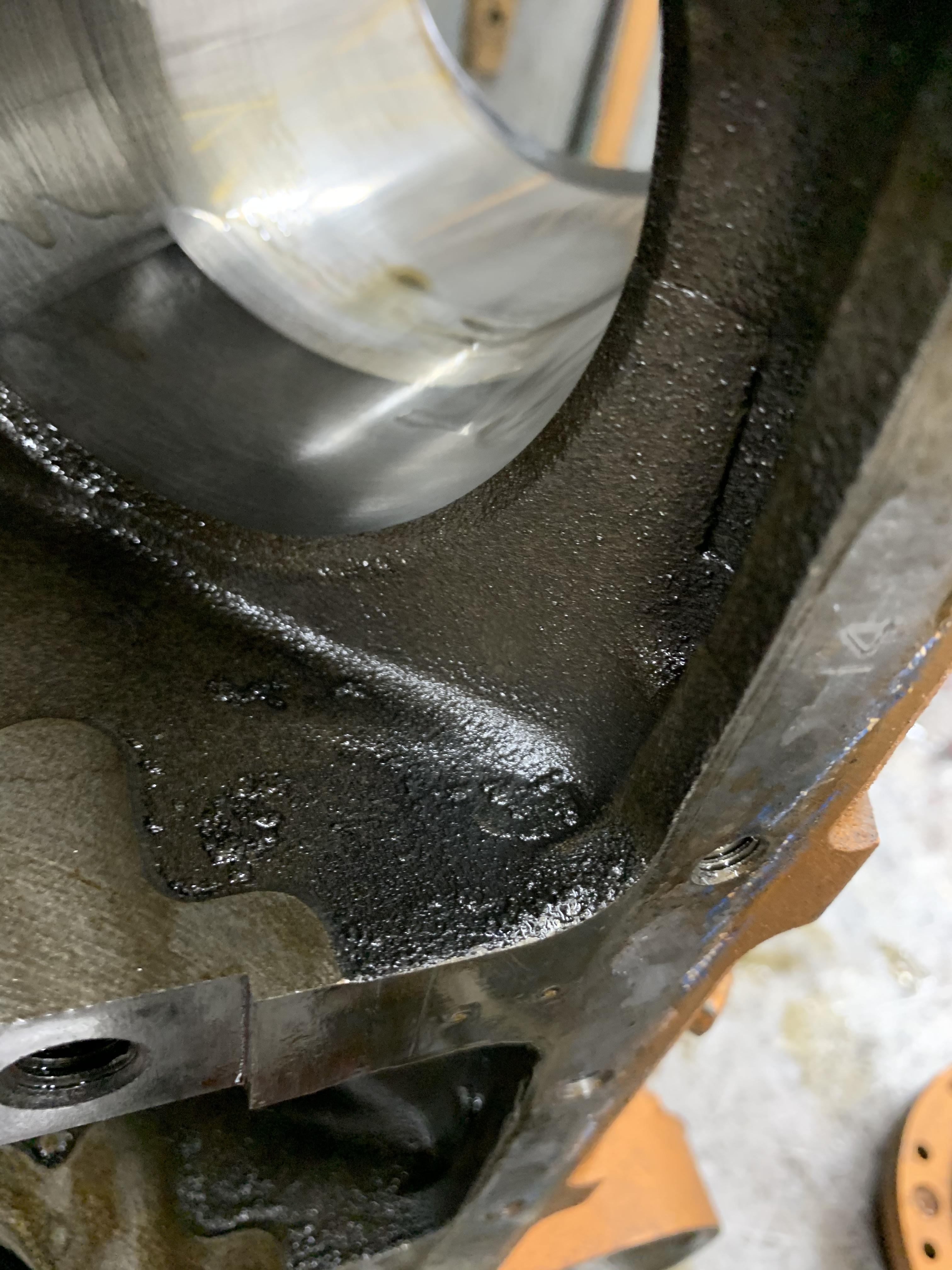 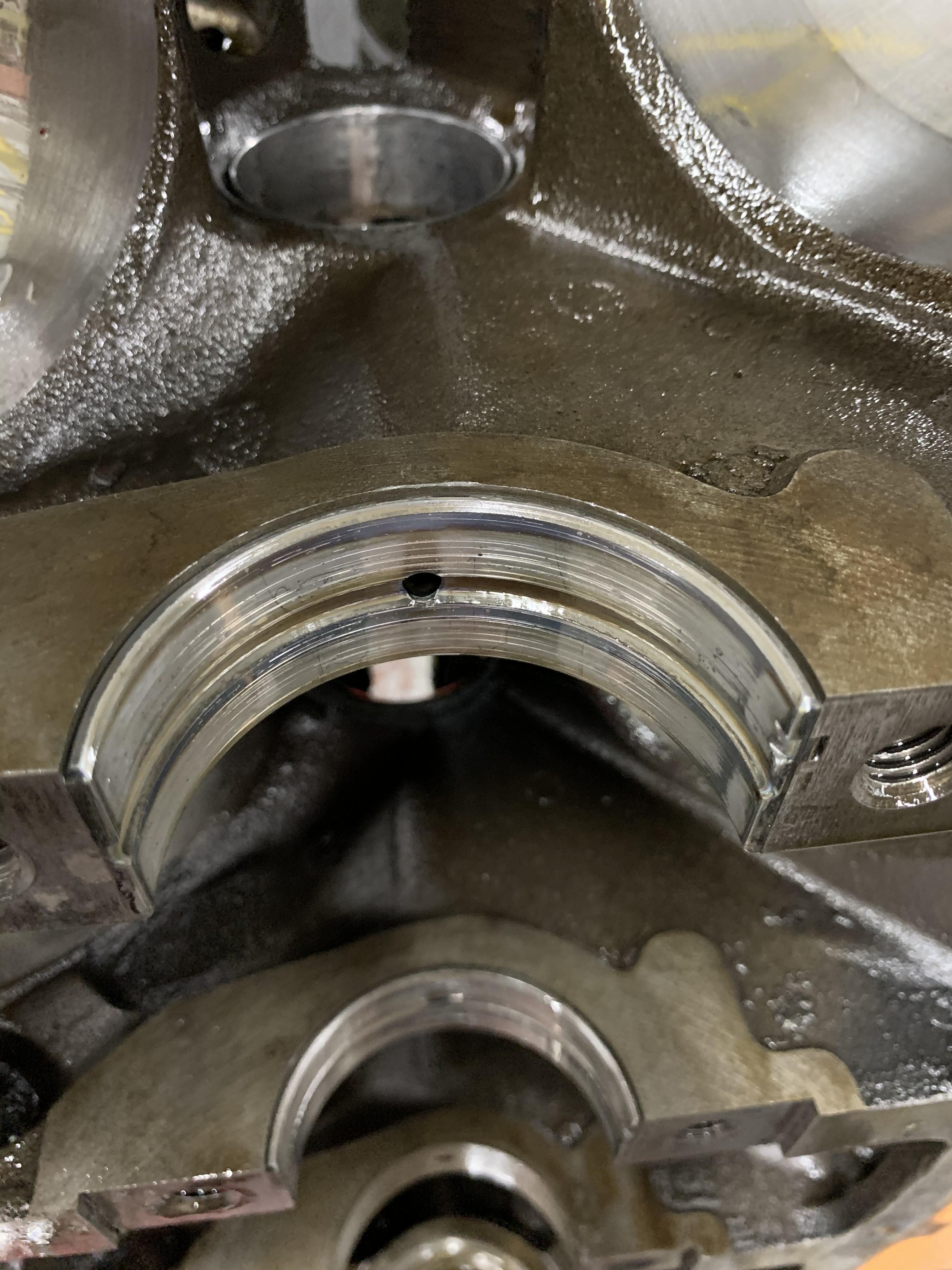 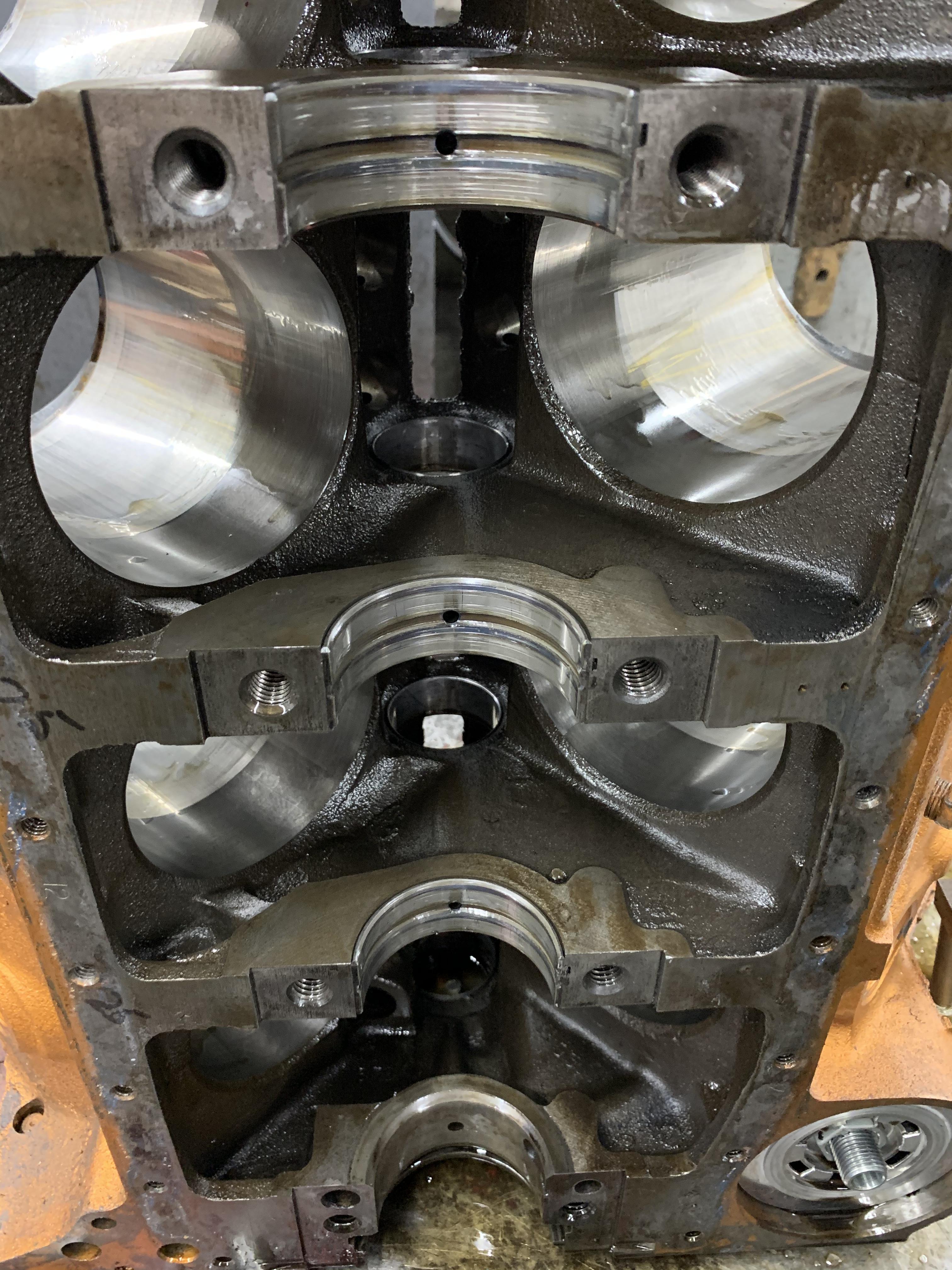 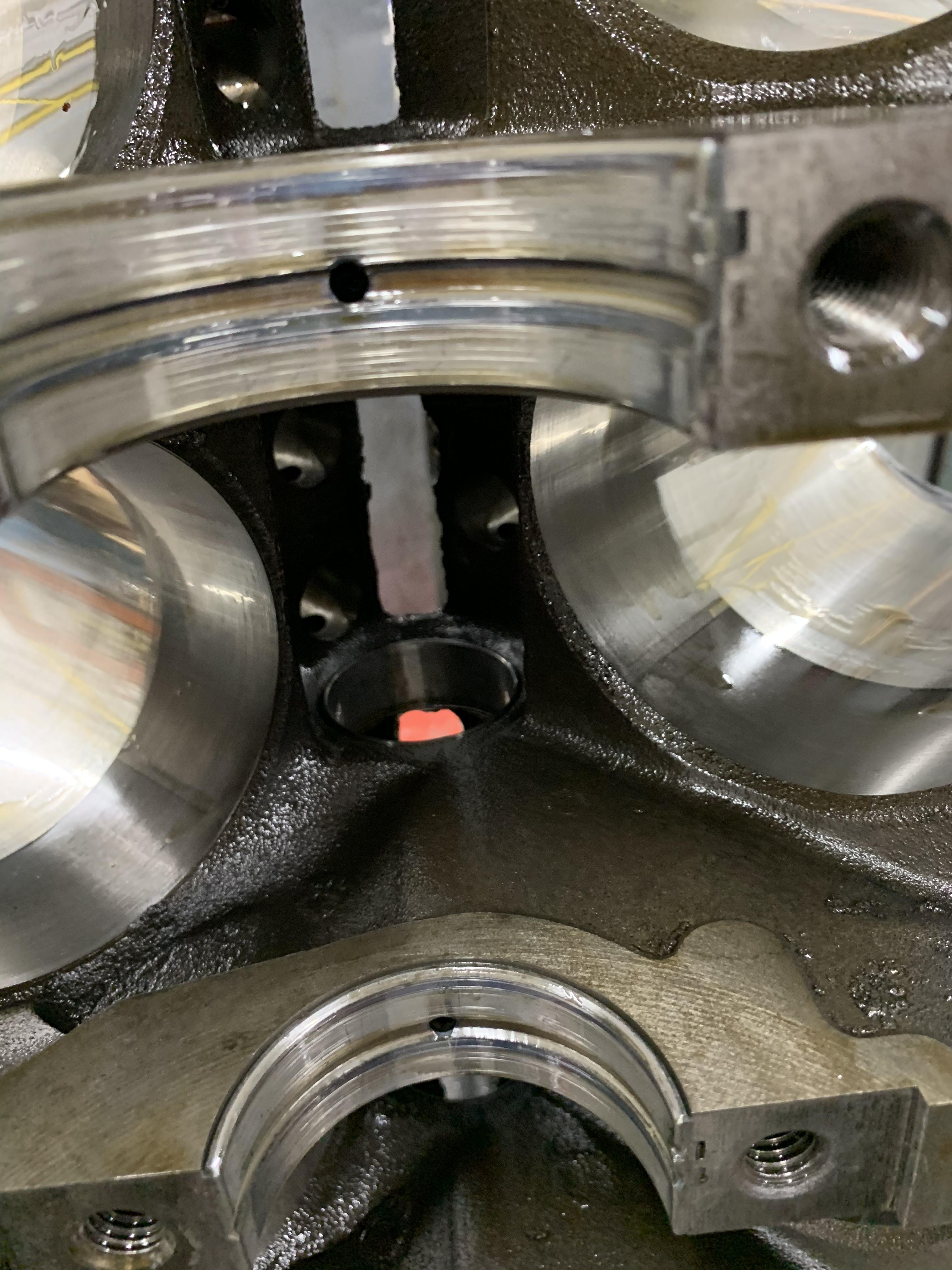 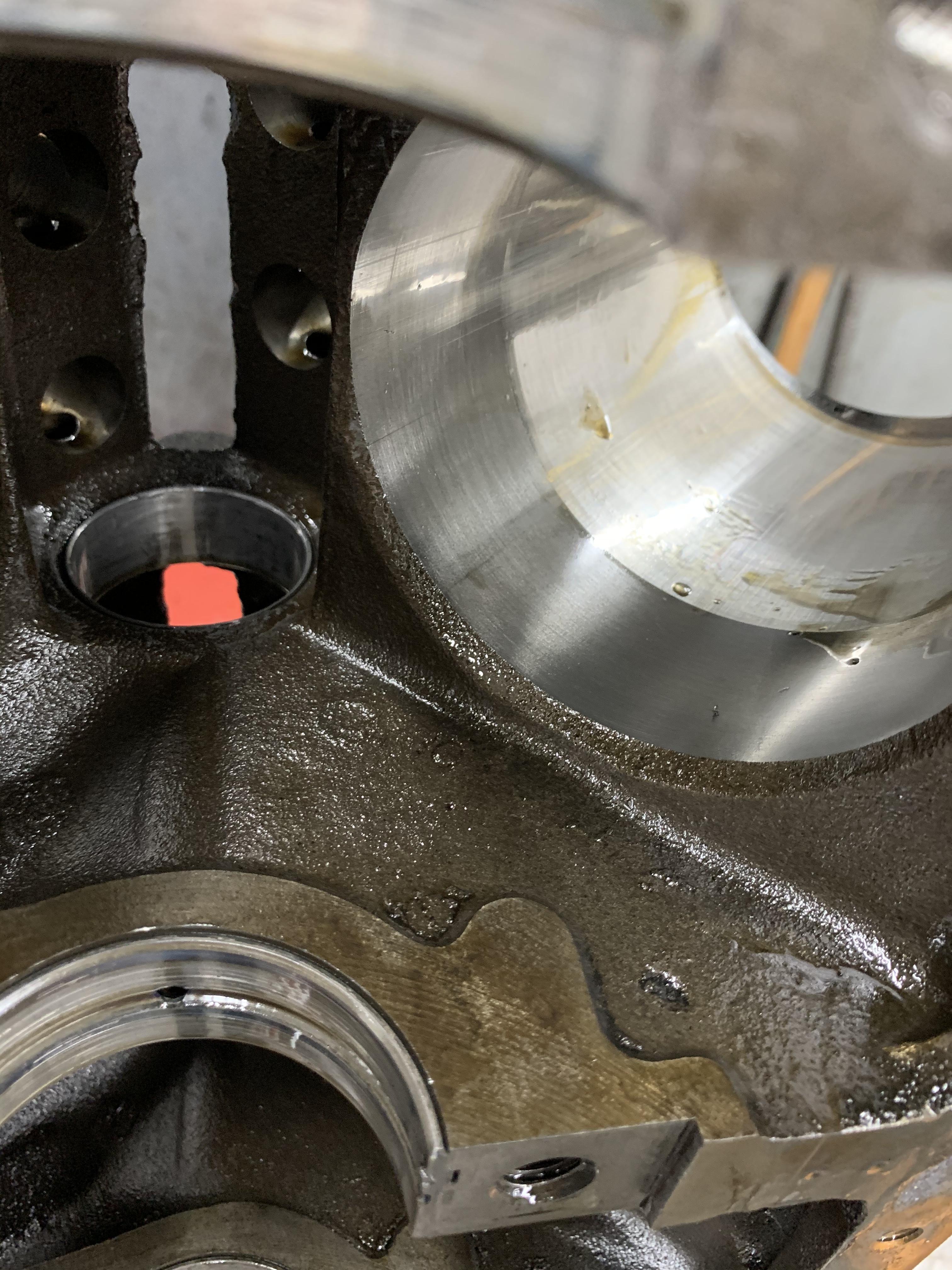 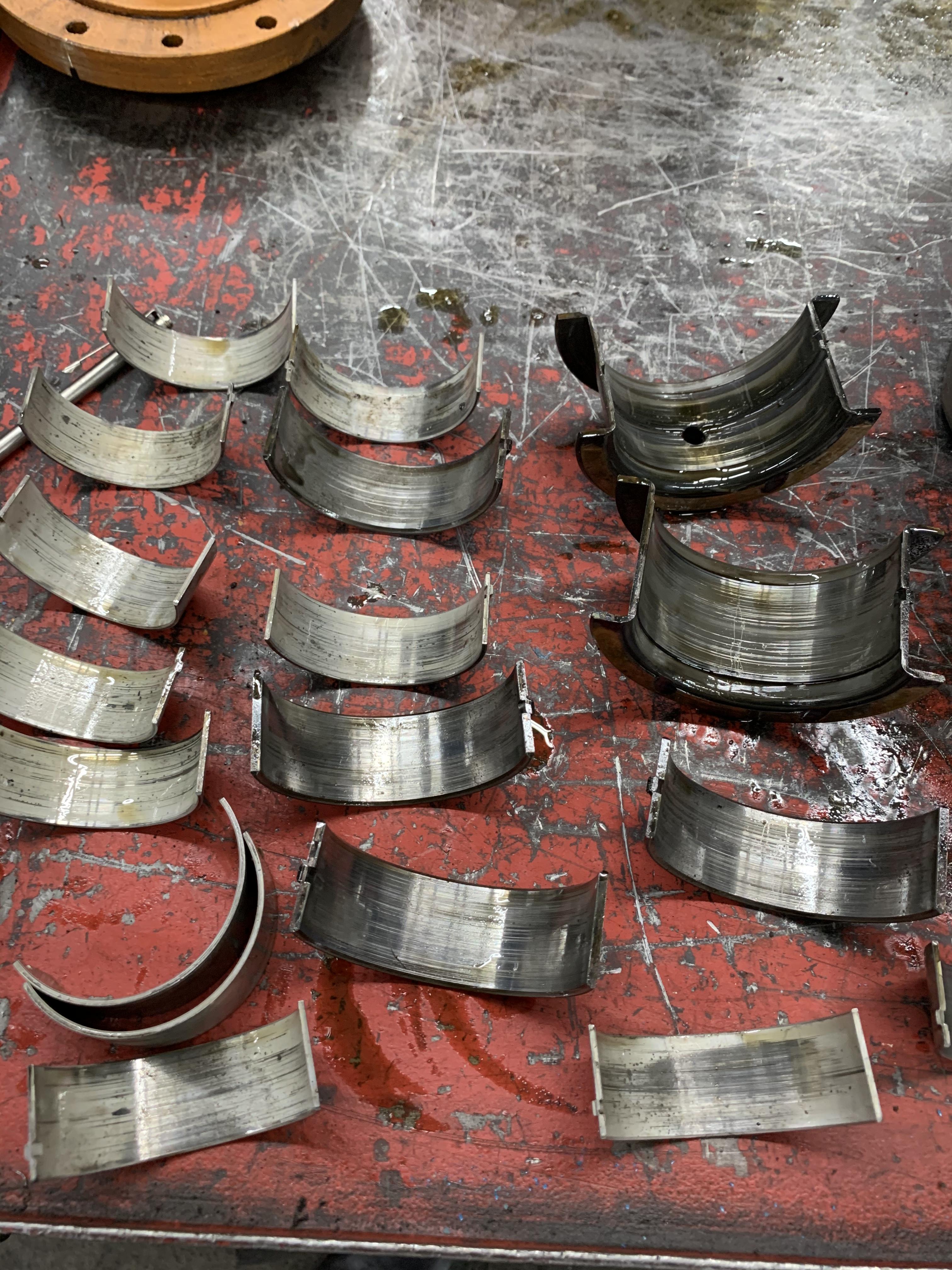 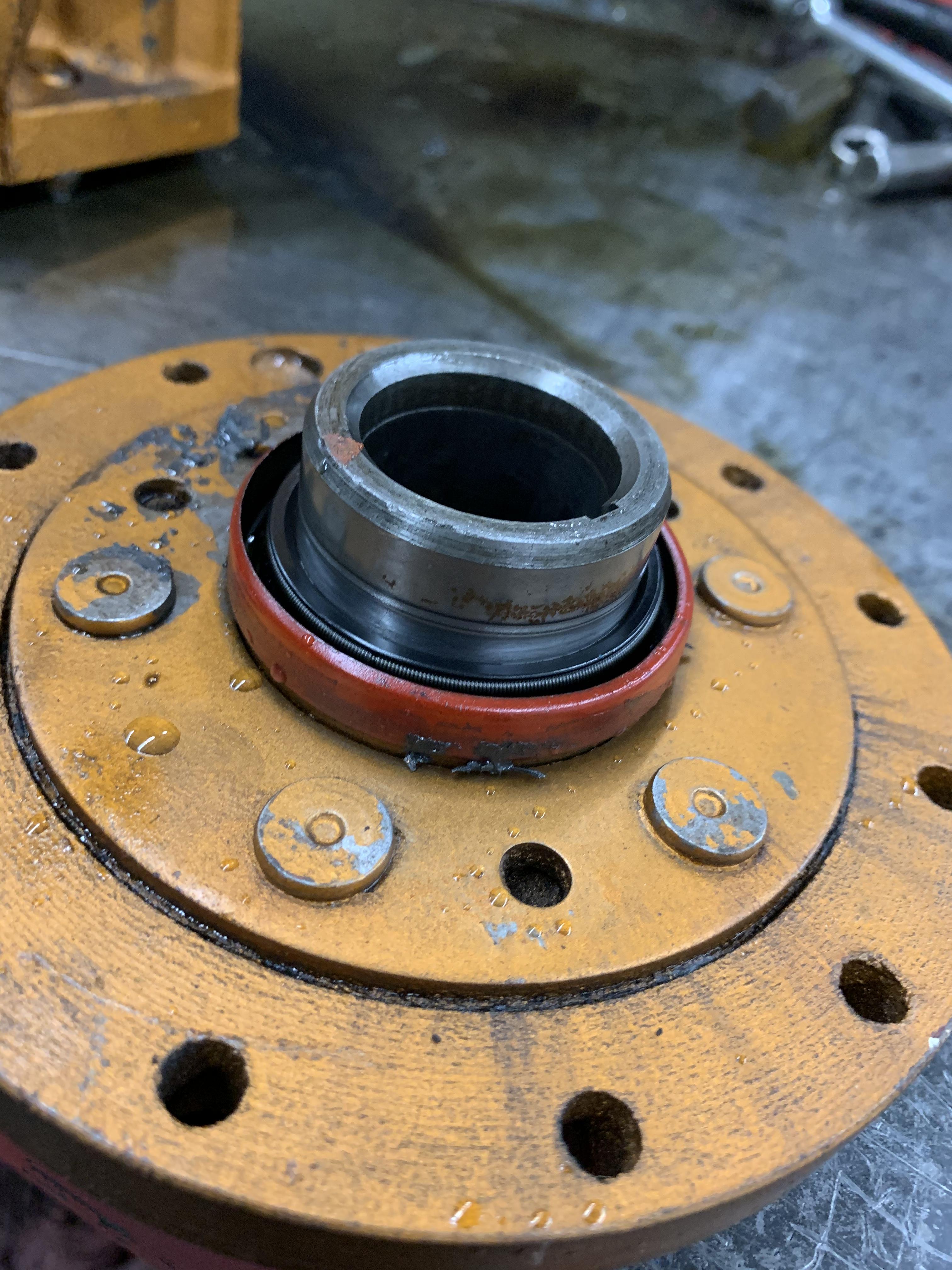 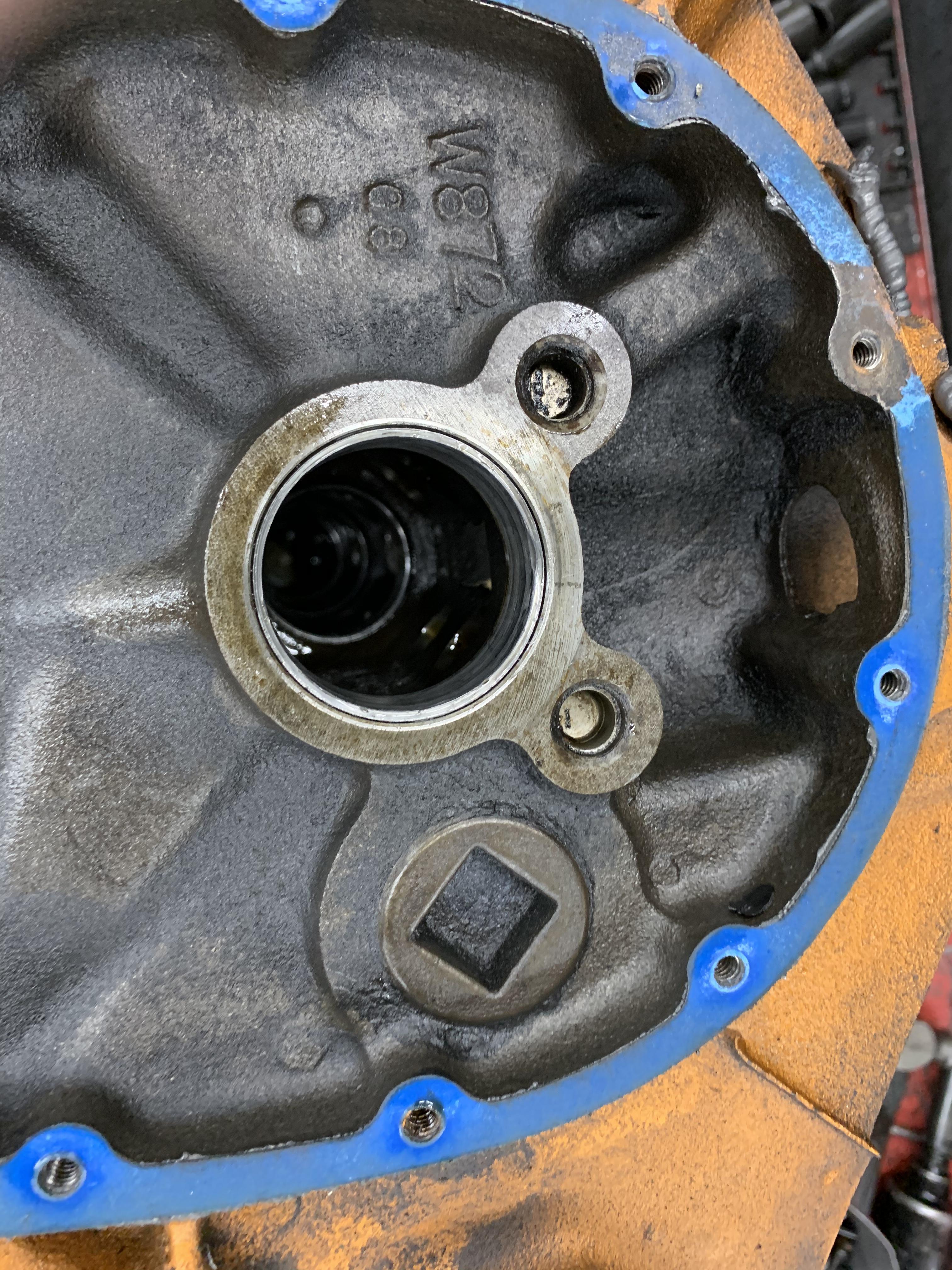 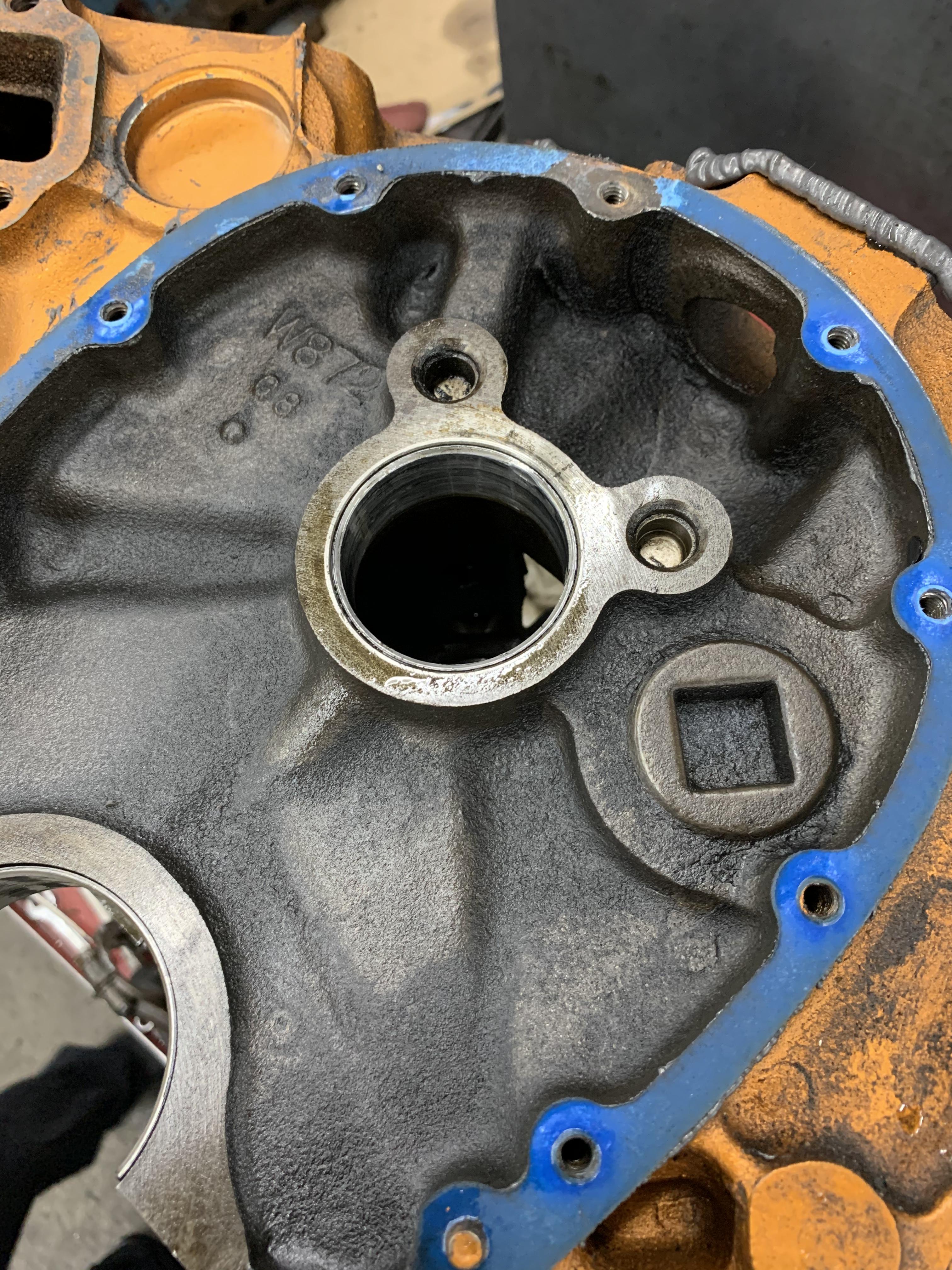 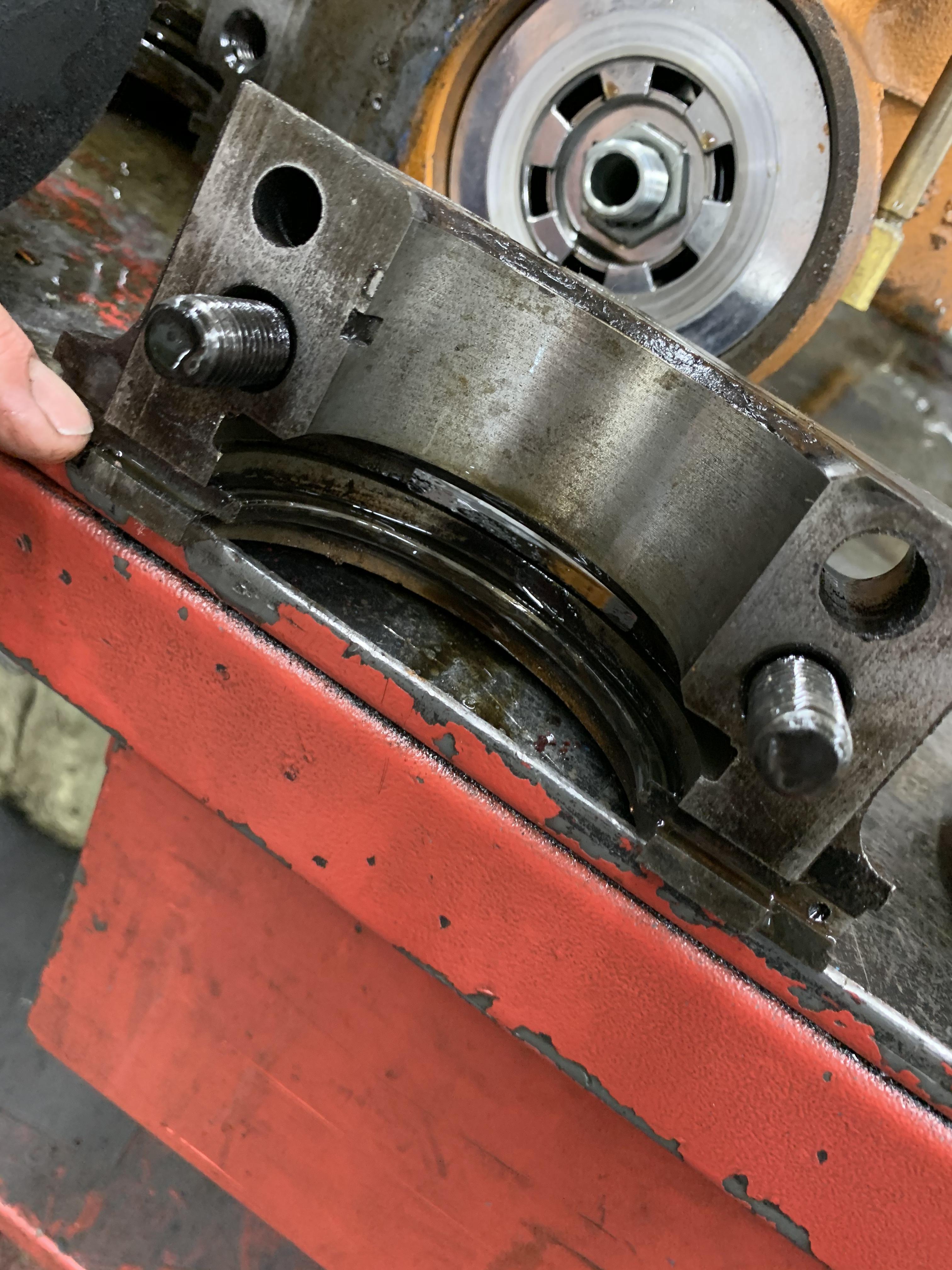 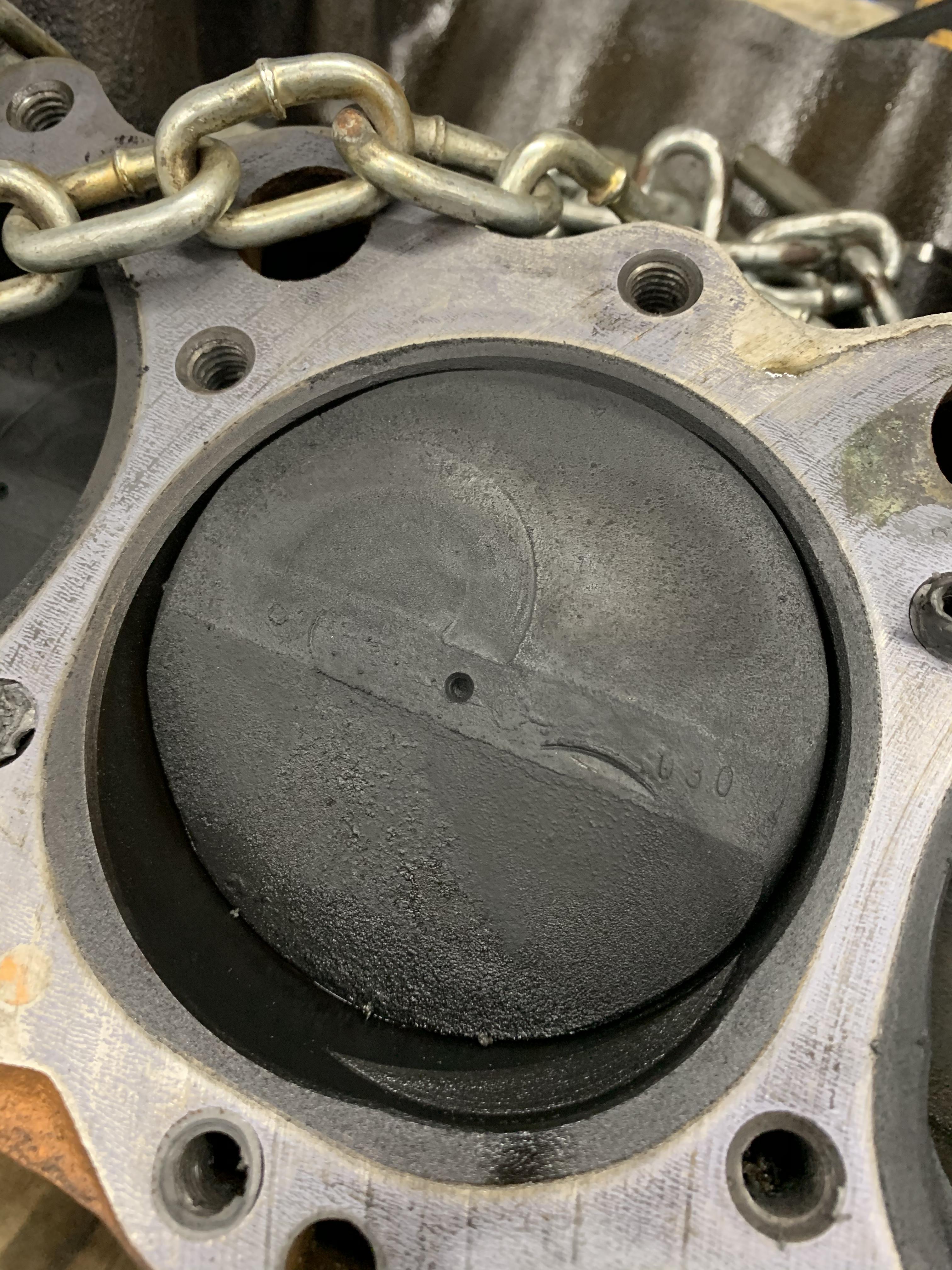 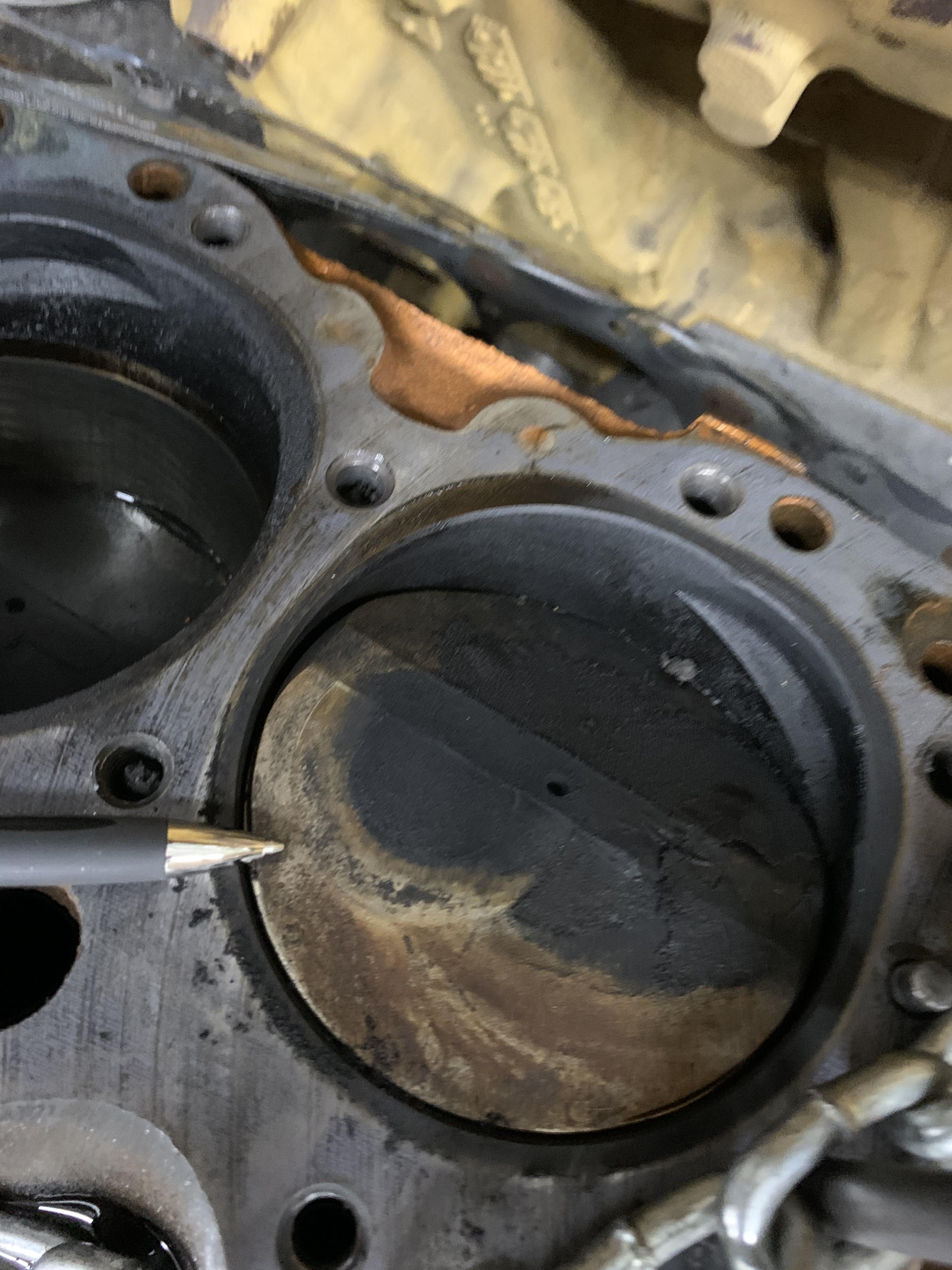 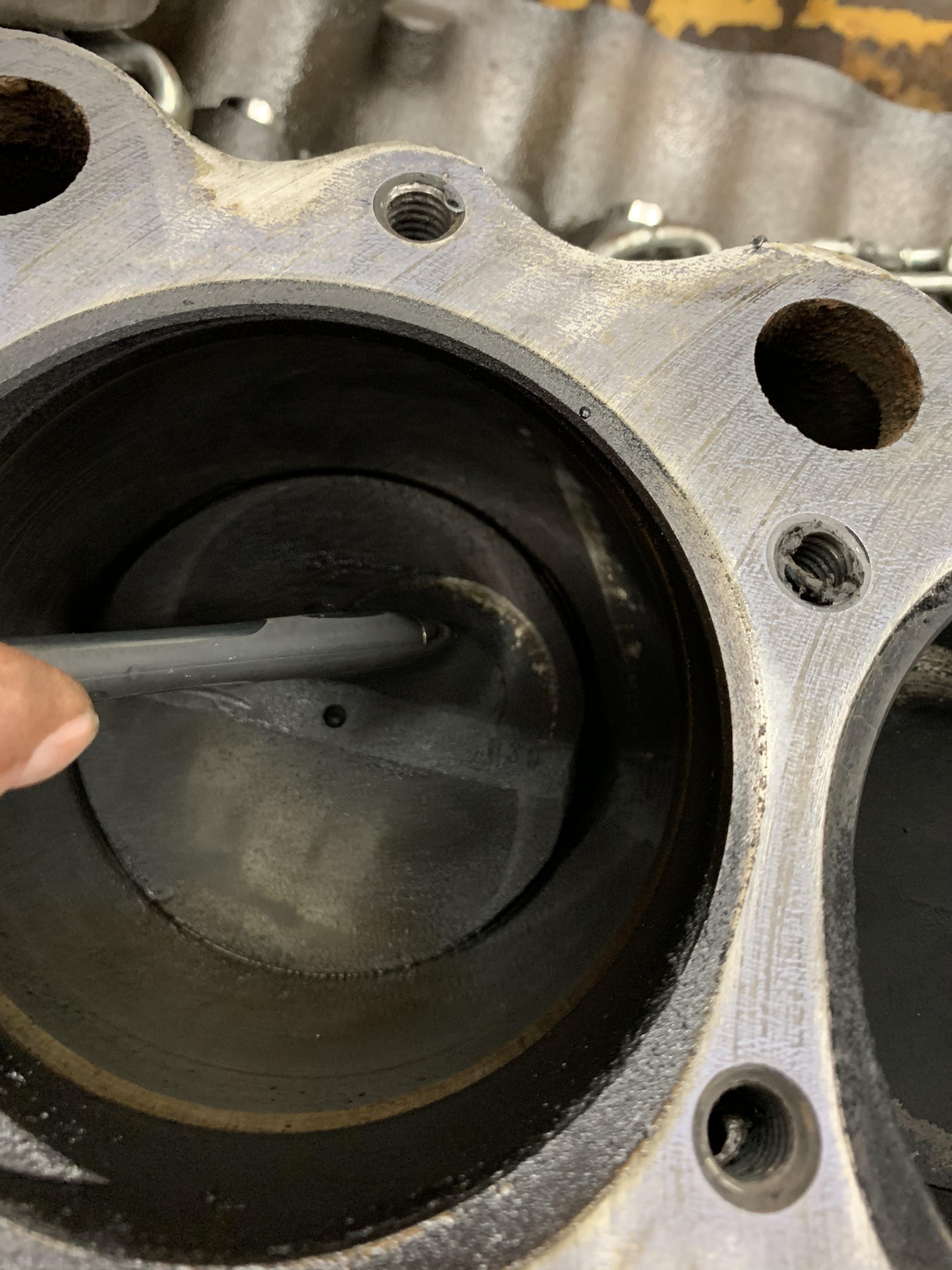 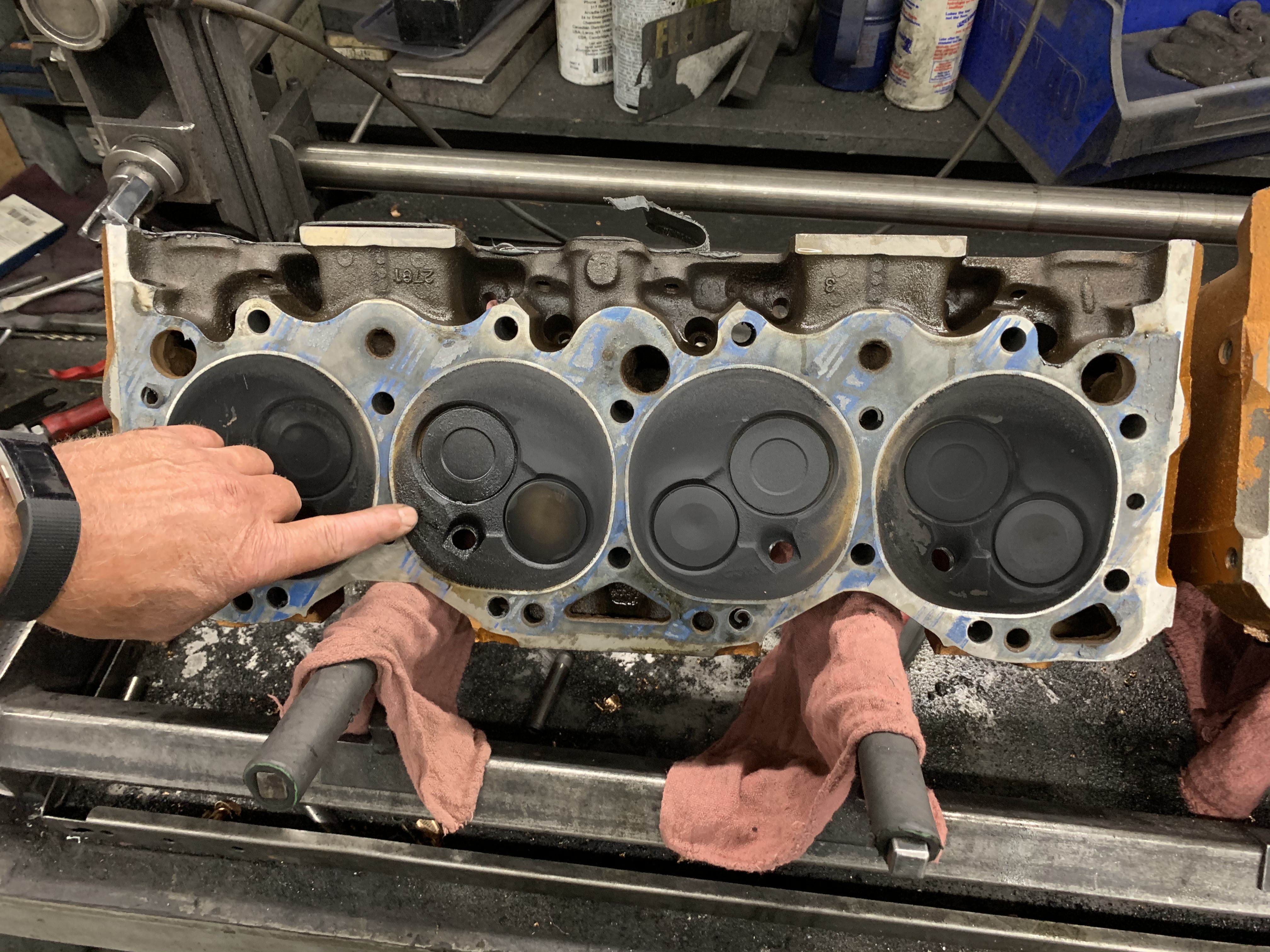 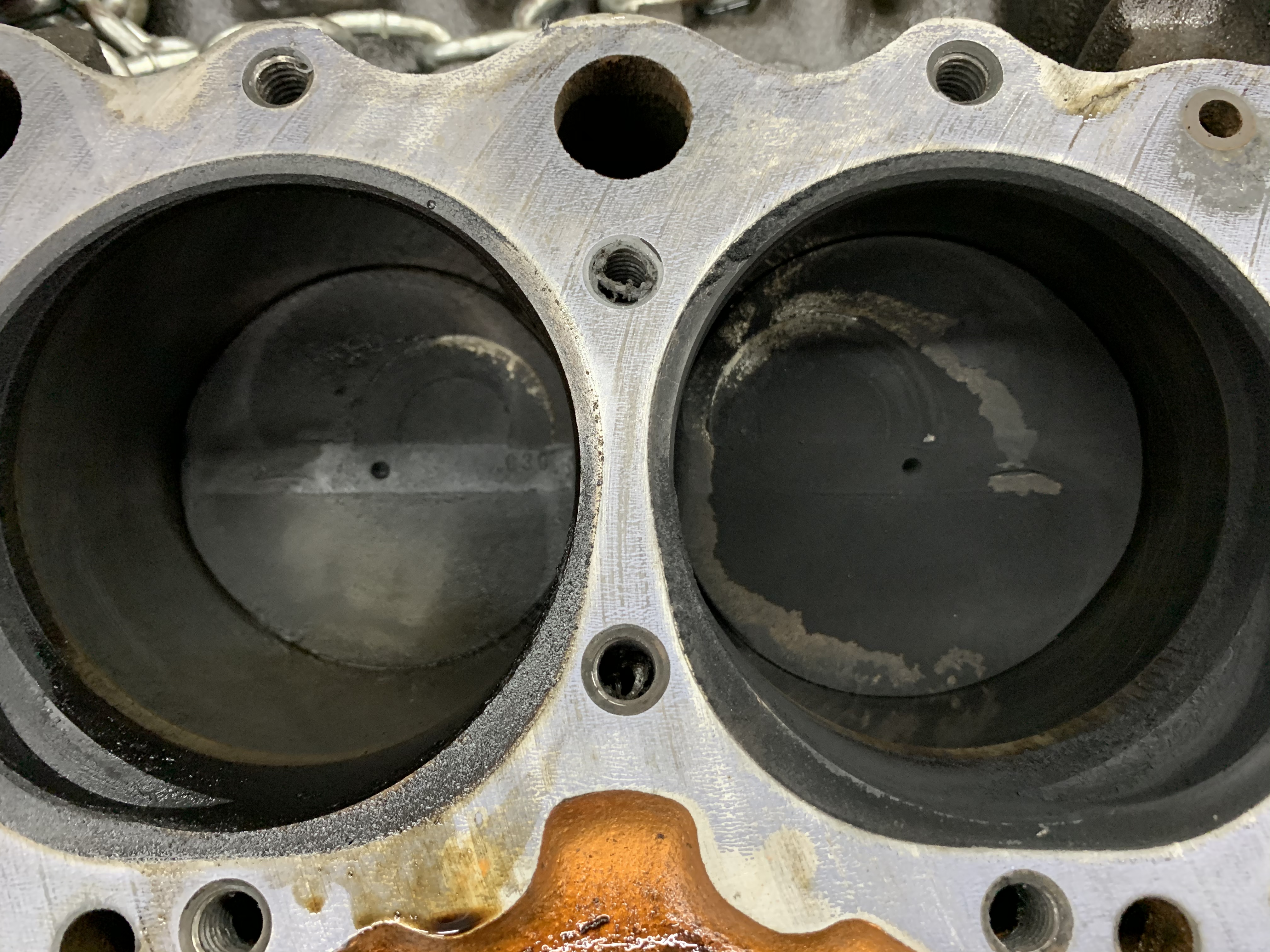 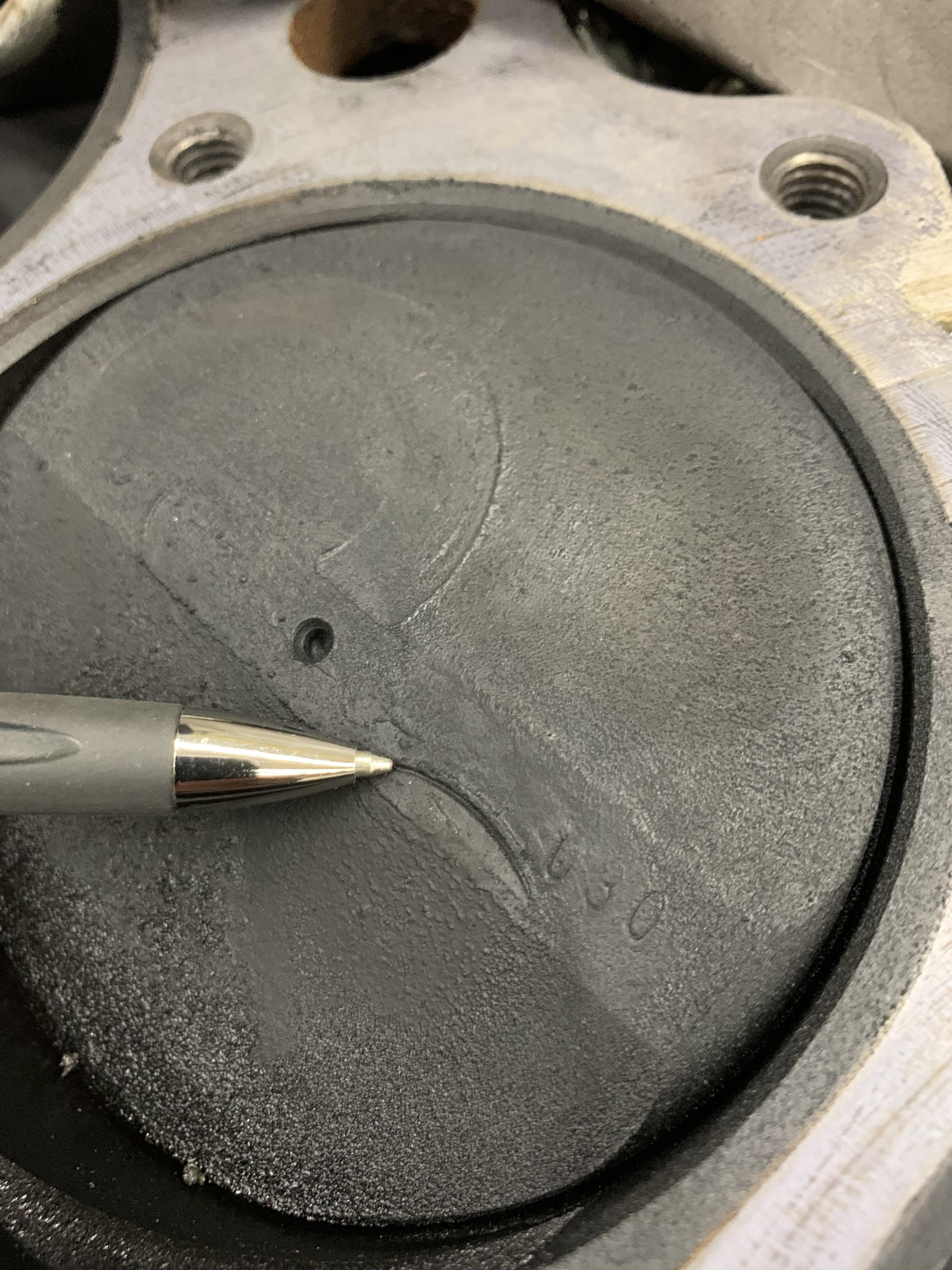 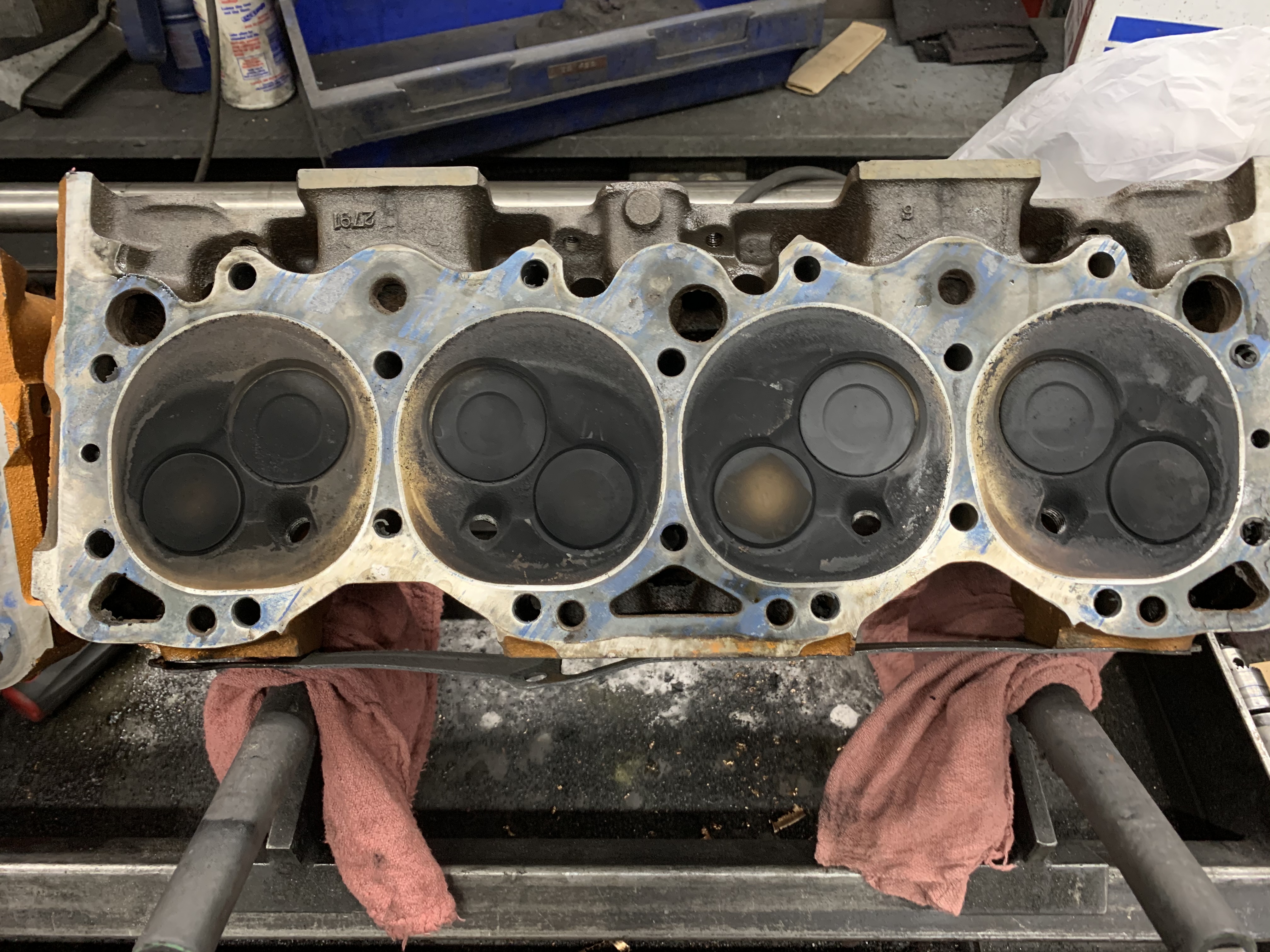 #3
Here the truck for those of you who will recall 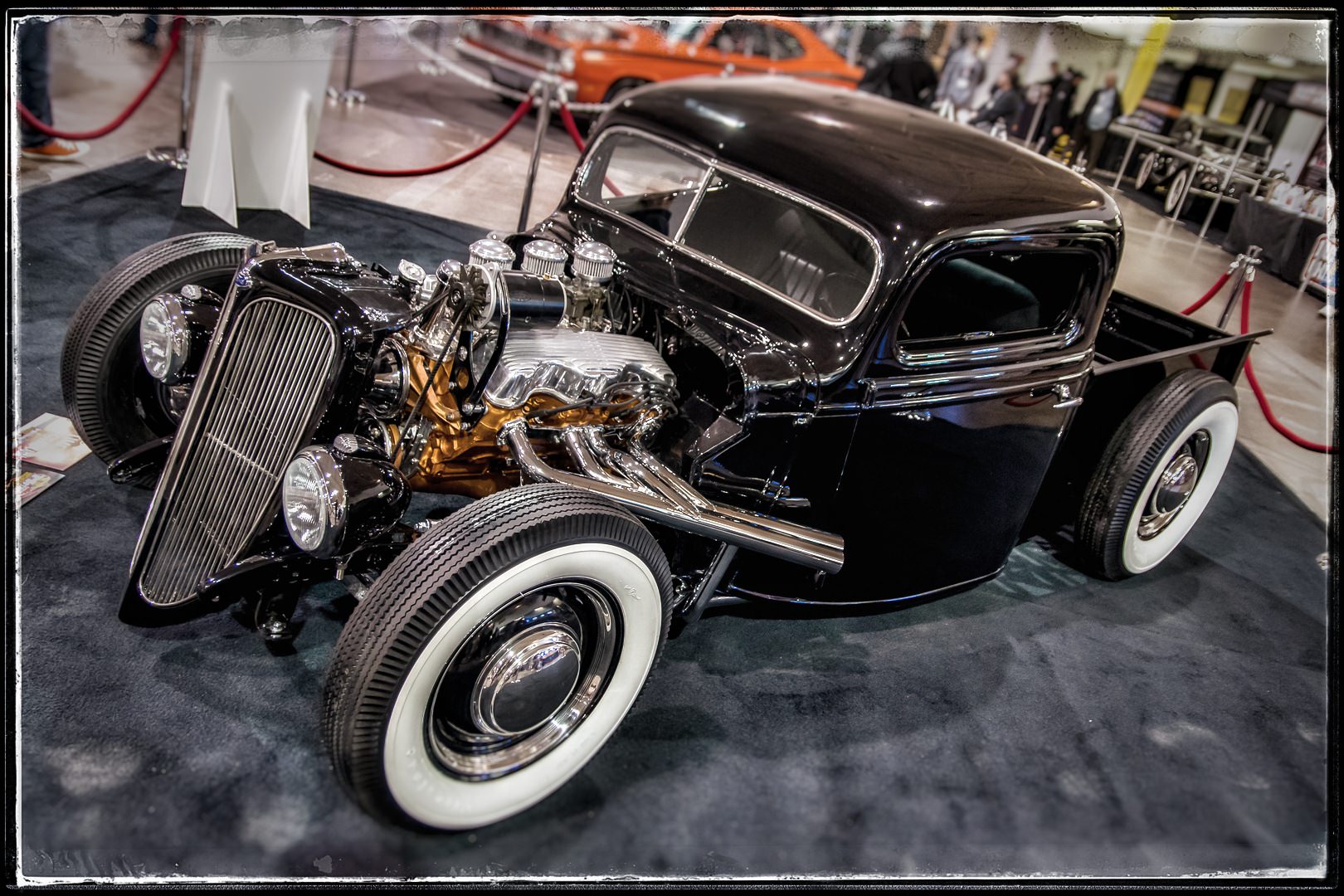 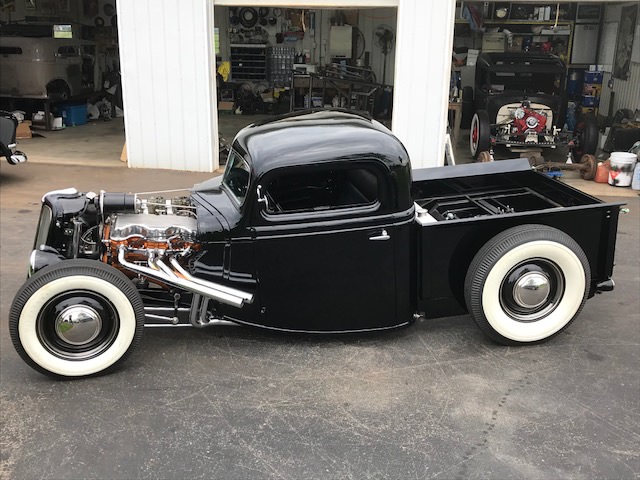 Supporting Member 3
#4
Damn! That hurts (in more ways than one). What took out the piston skirt?
I am sorry you have had such problems. It is scary. Are you able to re-use the block and crank?
Good luck with the rebuild.
John

#6
JED said:
Damn! That hurts (in more ways than one). What took out the piston skirt?
I am sorry you have had such problems. It is scary. Are you able to re-use the block and crank?
Good luck with the rebuild.
John
Click to expand...
Yes, as far as I know they are good!
As far as the piston, your guess is as good as mine!

Supporting Member 5
#8
That cast piston probably got tired of the valve smacking it.

Supporting Member 1
#9
That ain’t for shit. Sorry you got took. It happens all too often nowadays.

#11
That does happen more than it should,especially when the shop is owned by a guy that doesn't have the talent and hires it in.We had a shop like that in my town where the guy that owned it hired in some of the best guys in the area and built a good rep as a race engine shop,but then he kept pressuring the guys to be quicker and eventually ran them off,leaving him who was unable to do a quality rebuild on a stock Toyota V-6,much less a custom race engine to turn out a slew of crappy engines,he's currently liquidating his shop so that he can "retire".

That's why I do my own assembly, at least if it fails you can only blame yourself.

good luck with your restitution.

#15
Good Lord, that certainly would make a young man cry. Sorry for your bad rebuild from the shop.
Good luck with this next rebuild.

#16
You can do them the most damage via social media. That will get the word out to hundreds maybe thousands. You can not be fined or prosecuted for telling your story on say Facebook or other sights. Do not mention the shop by name just provide vague details if you are A mind to. Don’t write your post when you are PO’d.

Supporting Member 9
#17
Damn, sorry to hear this. Hope you're able to get the engine fixed and get some kind of compensation from the shoddy shop.

#18
La Hot Rods said:
That cast piston probably got tired of the valve smacking it.
Click to expand...
I think so. If only he had given me options along the way or listened to @Don Jacks recommended part's list, perhaps that part could have been avoided!!
4

#19
One bright side to this fiasco is that you can have the engine rebuilt with quality components (forged) the pictures show that not only were the pistons cast but the low compression version to boot,it appears that the the shop that rebuilt the engine used one of the low cost rebuild kits.While they have their place for the typical low rpm stock grocery getter rebuilds,they're hardly the choice I would make for an engine intended for use in a hot rod.The stocker pistons for a 348 are still half the cost of a set of icon forged so they're not even very economical.It appears your block has the extra metal for the spark plug cooling holes if you should decide to upgrade to aluminum heads later your head gasket even left witness marks as to where you would drill them.I would scrutinize the itemized bill to see just what they charged you for and compare that to what is there if you can find significant discrepancies that may strengthen your court claims if you choose to pursue that route.For example if they charged you for chemical cleaning or bake and blast cleaning of the block you can easily show that neither one of those were performed.Even if the bill doesn't specify what type of cleaning was done if the charge is comparable to what other shops charge for that type of cleaning the standard has been set.

#20
El Rat said:
You can do them the most damage via social media. That will get the word out to hundreds maybe thousands. You can not be fined or prosecuted for telling your story on say Facebook or other sights. Do not mention the shop by name just provide vague details if you are A mind to. Don’t write your post when you are PO’d.
Click to expand...
Agreed, saving it for later. I want my money back first!!!
You must log in or register to reply here.
Share: Email Link
Top